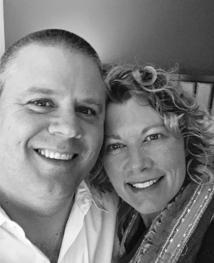 Brad is responsible for running the business, as well as the overall customer experience. His grandfather owned small country stores and gas stations. He recalls going with his grandfather to the store in the middle of the night to meet a customer there. When he asked why, his grandfather told him that if he took care of them tonight, they would come back tomorrow. This hometown philosophy stuck with Brad: if you treat your customers right, charge them a fair price, and help them when they are in need, they will be loyal to you and support your business.

Brad was born in Houston, Texas, but raised in Meridian, Mississippi. He always knew he wanted to own his own business, but he never dreamed it would be an investment advisory firm. At the urging of his wife, Becky, Brad returned to college and completed his bachelor's degree at the University of Southern Mississippi. He started working at one of the large brokerage firms during his final year of college and was a financial consultant at two local large brokerage firms prior to starting WBR Investment Services. Brad has nearly 20 years of experience as a financial advisor. He holds FINRA Series 7, 24, and 66 through Commonwealth Financial Network® and Mississippi variable and life insurance licenses.

With the blessing and support of Becky, he founded WBR Investments in 2006 out of his home office. Brad had worked with large investment firms and wanted to do business in a different way. He wanted to incorporate the customer service and moral values he had learned from his grandfathers, into his investment advisory firm.

If you would like to hear about his membership in professional associations, service on various boards and committees, or better yet, his family, boat or golf game, give him a call. He would love to hear more about you, too.

Robert joined the WBR team in 2010 and assists with all aspects of client service, including investments, trading, research and portfolio construction, and analysis. Robert received his AA degree at East Central Community College, where he was also a member of the golf team. He earned his BBA in Accounting from Mississippi State University-Meridian. Robert had worked 25 years in the family business and 3 years as a trust officer for a local bank, where he assisted with wealth planning and asset management for individuals, businesses, estates, and foundations. Robert holds his FINRA Series 7, 63, and 66 securities registrations through Commonwealth Financial Network® and has 17 years of experience in the industry.

Outside of work, Robert enjoys hunting, fishing, reading, guitar, and golf. He shares the WBR vision of working hard to improve the lives of our clients and the community we serve. Robert has been involved with The First Tee of Meridian, a chapter of the national organization for children. This is a very successful program that strives to promote strong moral values and work ethic through the game of golf. Robert has volunteered his time and expertise to this program as a teacher, board member, and board president. He was a member of the PGA Tour "Together, Anything is Possible" committee, representing First Tee charities. Because of his love of golf and community, he has been tournament director for several local tournaments, including the Adams Pro Golf Tour, First Tee of Meridian Classic, and the APGT Tour Championship. 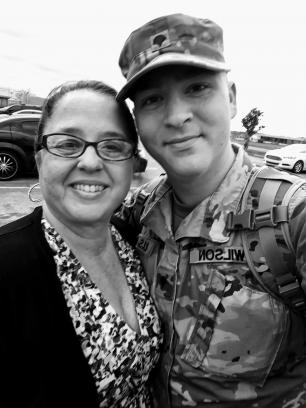 Bernie is the newest member of the WBR family, joining us in 2016 as a part-time sales associate and client services assistant. Bernie and her twin were delivered by the Easter Bunny; well, not really, but they were born on Easter Sunday. She was raised in a military family and with that came personal discipline and a knack for working well with others and developing personal relationships. With these skills, she earned her degree in hospitality management. She worked in medical insurance for more than 20 years, several of those years working with Brad's wife, Becky, with whom she still has a close relationship. She moved to Wyoming when her husband transferred, and she managed an apartment complex there. It is not coincidental that she came to work at WBR when her family moved back to Meridian. Brad knew she had the same moral character and work ethic that is valued at WBR, so, as he did with Joyce, he said "Please." Thankfully, Bernie accepted this challenge and position.

This is where it all began, literally. Joyce joined the WBR team in 2010, but she has always been a presence: she is Brad's mother. Raised in Mississippi along with nine brothers and sisters, Joyce and her family were poor, but they never knew it. She shares the same strong moral values of hard work, honesty, and integrity that WBR is based upon. Joyce had recently retired after managing a local dental office for 32 years when Brad pulled her from retirement. WBR was growing and needed someone in the office to manage the day-to-day operations. Brad needed someone he knew would be loyal, honest, and understand client confidentiality. Since his wife, Becky, was gainfully employed elsewhere, he turned to mom.

Even though WBR has continued to grow and Brad has added other team members, Joyce remains a valuable asset. Her vast experience raising boys, knowledge of business operations, quiet demeanor, and cool head in stressful situations are vital to this young, growing company. See, we really are like family.

Derek has joined WBR Investment Services in 2018 with a focus on client relations to make sure our contact system is running as smoothly as possible to serve clients in the best way, as well as increasing WBR’s interaction with social media.

He was born in Meridian, Mississippi, where his grandparents on both sides owned thriving businesses; however, he moved to Gulfport early in his life.  There, he started school and enjoyed his formidable years. During his high school years, his family moved back to Meridian, where he and Brad first met.  In both cities, he forged lifelong friendships that would prove to be essential later in life.  Despite suffering a life-altering injury, Derek continued his education earning a bachelor’s degree in managerial finance and an MBA from the University of Mississippi.

This marks Derek’s return to the financial services industry.  He and Brad originally worked together as financial advisors at Smith Barney in Meridian beginning in 2004.  From there, Derek moved to UBS before co-founding another independent investment office. Upon receiving a buyout from his partner in 2011, Derek pursued other areas of business, but always within the financial side of companies.

He is also working to regain his FINRA Series 7 and 66 securities registrations, as well as his variable and life insurance license, all of which had unfortunately expired during his absence.  Now that he lives back in Gulfport, he will be looking to expand WBR Investment Services on the beautiful Mississippi Gulf Coast.

When away from work, Derek enjoys spending time with his wife, Kim, exploring the many local eating and drinking establishments and activities along the coast.  He loves good seafood, and they are always searching for a good burger joint.  Some of his favorite times are those spent with friends simply celebrating life!